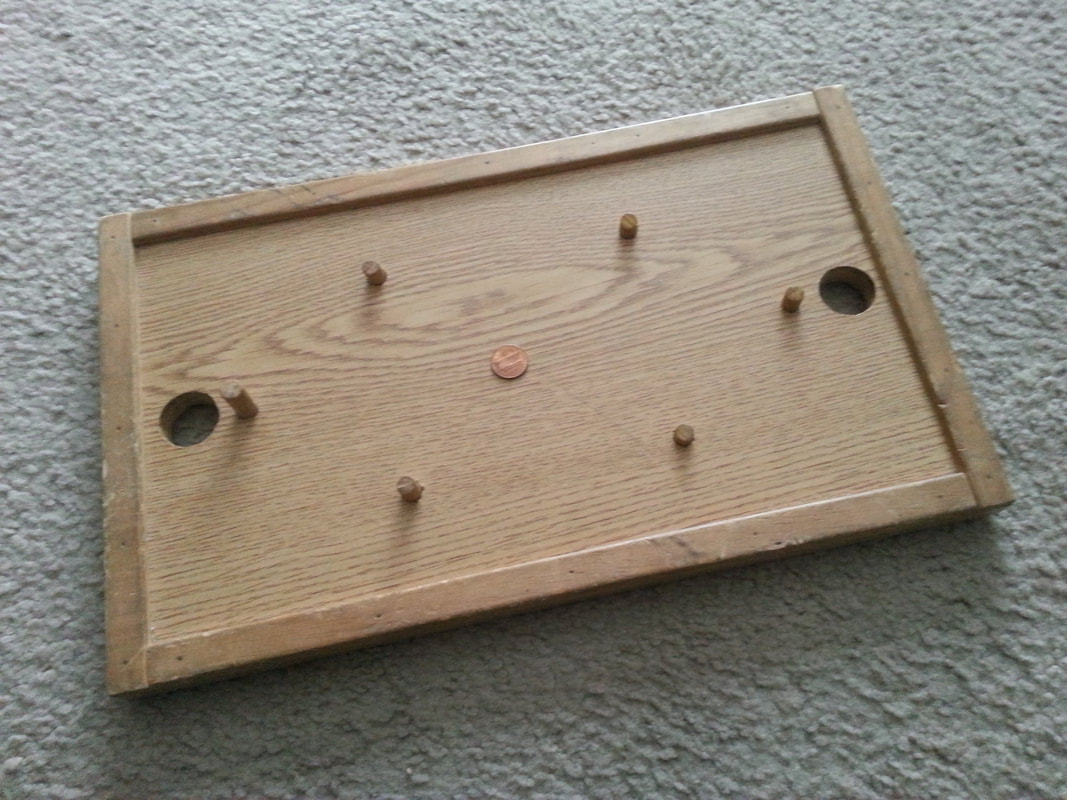 Origin story:  My parents used to drive me all over to play hockey. When I was maybe 12, I saw a couple kids my age playing a game similar to this in a rink I'd never been to before. I watched them for a couple minutes and didn't get to play, but the image was seared into my brain. Maybe 20 years later, I made a board so I could play with my kids.
Penny hockey is a pretty popular game, and there are tons of pictures of sets people have made. There are some really clever designs. The internet wasn't around when I made my first one, so I just designed it to enable some cool end-to-end carom shots and so that I could make with the very limited tools I had. I made it with a handsaw, drill, a piece of fake woodgrain shelving, and a piece of flat molding. 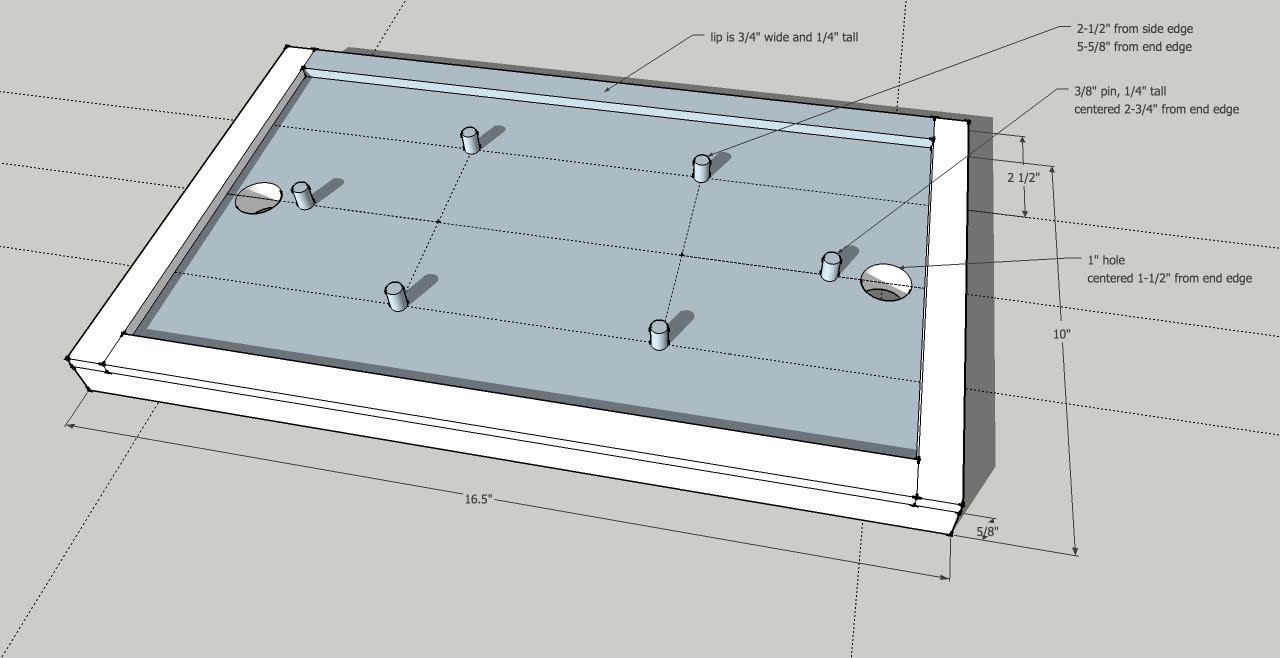 It worked well for a dozen years, but it got a little boring. That is, until we created a new way to play...

In most games of penny hockey, you flick a penny back and forth until one of you manages to sink it into your opponent's goal. This is good fun for a while, but after you get a little more accurate and can start hitting bank shots regularly, it loses interest.

In the rules my kids and I developed, you use TWO pennies. It really helps if one is shiny and new, and the other tarnished and old, so you can tell them apart.

Both players put their pennies on top of their goal post. The first player flicks their penny off towards the other goal, followed by the second player. Now the game gets interesting.

The game goes back and forth as before, but the tactics are very different and much more engaging. Have a great shot? Take it and score! Is your opponent in great position for their next shot? Use your turn to flick them away from your goal! What if you don't have a great shot, but your opponent doesn't either? Then you could flick your penny so it lands in a great spot close to the goal and that you (and they) know you can sink every time. Then your opponent can't risk a shot and has to defend by flicking yours away. Or, do they want to take a risky bank shot for the chance at an epic goal that shuts you down when you are so close to scoring? The battle continues..!
In 2015, I resurrected the plans and made another board for my oldest son. As he was a Navy Diver at the time, I used a strong blue and some polished brass pegs. 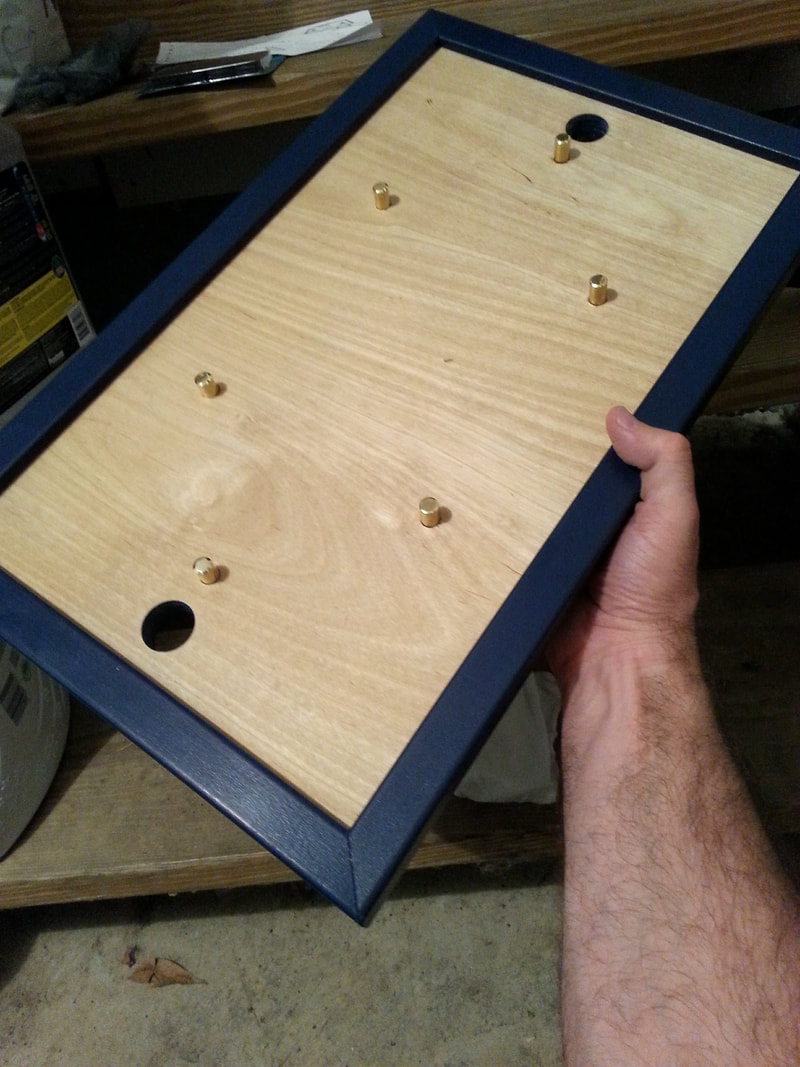