NOTE: I'm not a doctor, so this is not medical advice. Always make sure nothing is torn before trying anything like this. It worked for me, but I went to the Urgent Care first to make sure I didn't have anything that required surgery. As soon as they said it was just something that required rest and that my activity could just be pain-limited, I gave this a try. Hope it helps!

I got this idea from Kelly Starrett, a ridiculously-talented sports physical therapist. He calls it "voodoo compression wrapping". It's works like magic on swollen knees and ankles.

PREP
​Get a cheap bike inner tube. Cut off the plug crosswise so it's no longer a loop, but a long rubber tube that's open on both ends. Then split it down the center lengthwise so you end up with a long flat skinny piece of rubber, maybe 5 inches by 4 feet.

WRAP
​Beginning a couple inches below the injured knee or ankle, wrap until you cover up a few inches above the joint. The tension should be 50% -- not loose but not super tight either. Tuck the end of the tube inside itself to hold it.

MOVE
Move the knee through the greatest range of motion you can, ideally under your weight. It works well to grab a door frame or table leg and lean back while you lower slowly into a deep squat. You should feel the pressure on your knee or ankle increase dramatically. Picture squeezing the fluid out of the joint. After 5-10 seconds, squeeze your glutes and stand back up, using your arms to pull if it helps. ​Try to slowly straighten the knee or ankle all the way. Pump it a few times. 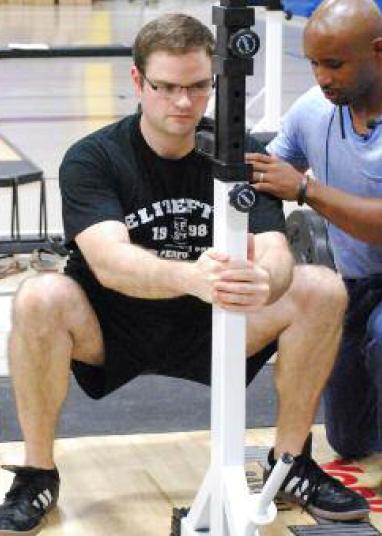 Repeat the "squat down, hold, and stand up" for a couple minutes or so. Don't let things get too numb. Unwrap, let the blood rush back, shake it out for a few minutes, re-wrap and repeat. Keep doing it for 10-20 minutes or until you get no further range of motion. You should notice a big reduction in the swelling and hopefully the pain too.

The general idea is that ...

1) There can be inflammation without healing, but never healing without inflammation. Do not take any NSAIDs (anti-inflammatory drugs). Do not use ice. The inflammation is the natural, normal, correct response. The only problem is that the fluid remains after it's needed and immobilizes the joint and causes pain from the pressure.

2) inflammation is fluid that has to return via the lymph system, which is powered by muscle compression, not heart pumping. So, not moving actually keeps it full of fluid.

Here's a 25 minute discussion if you want to hear more about this opinion and approach. They explain it much better than I do. I'm basically just a curious hack.  :)
https://www.youtube.com/watch?v=0UmJVgEWZu4

I used it for swelling that was painful and that seriously limited my range of motion. I injured my knee during an ice hockey collision that was so bad that my teammates had to help me off the ice - first time for that! I went to the Urgent Care and they poked and pulled and prodded and said nothing was torn, and that I just needed to R.I.C.E. and take some anti-inflammatory drugs. I confirmed that this was essentially a "self-limiting" recovery period. I could add activities back in as I could tolerate them, and use the pain as a guide. Otherwise, no worries because I wasn't going to make anything worse.

Being a curious guy interested in alternative solutions, I looked in Kelly's book Becoming a Supple Leopard and found the voodoo compression. I also found a video discussing how well-meaning people were wrong about the NSAIDs and the ice and immobilization, and that you needed to let the inflammation response do its thing, to flood the area with the healing components, and then use compression and movement to force the fluid back out of the joint.
https://www.youtube.com/watch?v=0UmJVgEWZu4

I took a gamble and followed the guidelines. This was the day after my bad injury, my knee was very painful and swollen, and I had a major and obvious limp at work. I took no drugs. I used no ice. I bought an innertube, and that evening I tried the pumping. I also did it again in the morning before work. I did it every couple hours at work.

The result? I had comments from people the next day who were amazed that I was walking almost normally after looking so bad the day before. I played in another hockey game one week later. I never even missed a game. Any time my knee felt tight again, I would wrap and pump. I probably continued that for 3 weeks. It was miraculous.

Since then I've been telling people about it, and they have found success as well. One guy at work told his uncle who had been immobilized for three months(!) with a knee injury, and he was still swollen and limping. One week later he was moving normally again.

I also don't know how much was influenced by my injury-proofing training methods. I like to think that my healthy and strengthened knee joint was protected during the collision, and that's why I didn't have a tear. I'll never know for sure. But the swelling reduction? That was pure genius.

​Please pass this along to anyone you know who could benefit. 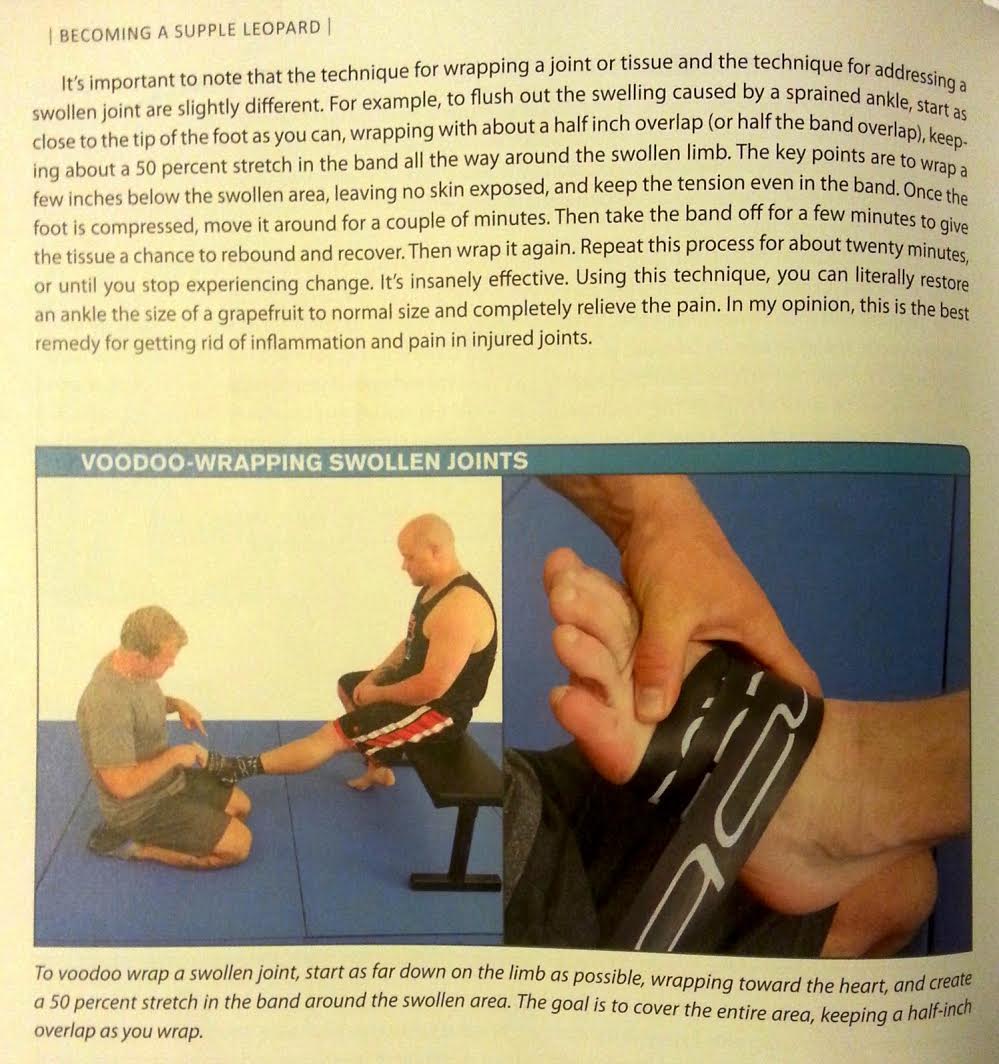