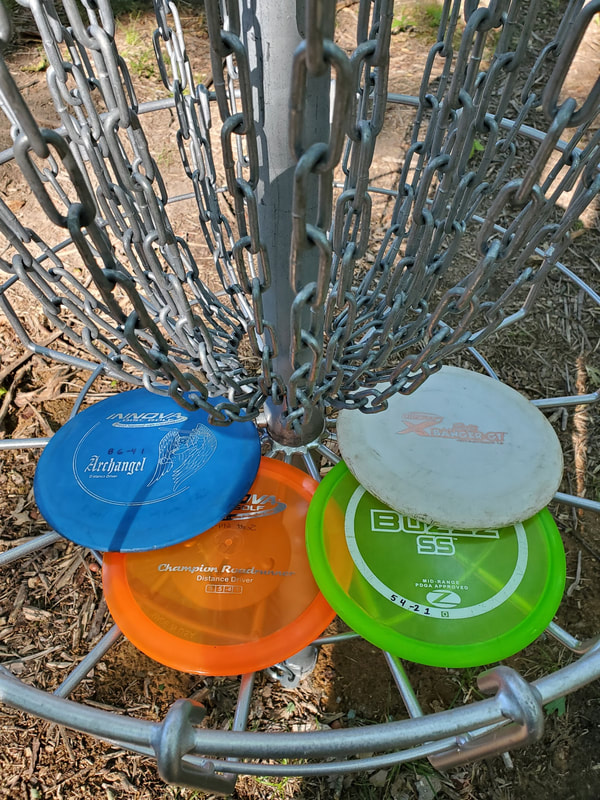 Playing disc golf with friends is fun, but during the pandemic of 2020, I played a lot of solo rounds. At the end of November, to add a challenge and make it a little competitive I came up a way to "speed run" a course. I was inspired by the sport of Olympic Biathlon that combines cross country skiing (timed race) and target shooting (missing a target means an extra lap and adding time).

​I picked my favorite 36-hole course (The Bear's Den and The O.G. in Kingsley, MI), and tried running it a couple times at an easy pace. I'd jogged a few spots before, but never the whole thing. It took me a little over an hour, so I set 60:00 as my target time to beat.

It seemed like scoring should be affected by how fast I finished. I tried scoring by total time, and adding time for every stroke over par, but I didn't like that. Then I tried regular scoring, and adding or subtracting strokes based on speed.
I made the rule that at the end, every 30 seconds over my target time I would add 1 stroke, and every 30 seconds under my target time I would subtract 1 stroke.

Pick a course you know, and set your target time. I recommend picking a multiple of 10 minutes to start with. That makes it easier to figure your score at the end.

Now that you have your target time, you're ready for a round of Disc Golf Biathlon.
Compare your time against your target time.​
Your final score is your regular stroke plus/minus, including your time penalty or bonus.

Adding up your score

Tallying your score can feel a little tricky, but not hard after the first couple times.
​Use the green and red tables to make it easier.​
For example, your target time was 60:00, and you shot +5 in 56:47.

I got more serious about this game after the championship-level Green Lake Disc Golf Park opened up just a few miles down the road. I also had a major canoe trip coming up and needed to ramp up my conditioning. With the new course being so close, I also figured if I could get my time down I could fit in more quick rounds here and there without a lot of planning. It's 18 holes totaling 10,280 feet (1.9 miles), and it took me an hour to jog and play. I set my goal time for this course at 50:00.

I don't know if I can run much faster (I'm 55, and not really a runner). I'll keep at it, and should know by the end of the summer. But I know my shooting can improve.

The speed element really changes things:
This is what I do to get better scores:

Playing a regular disc golf round with friends? Yeah, that's awesome. You can't beat a chill walk in the woods tossing discs with good people. Playing competitively and improving your score is awesome too.

Disc Golf Biathlon is different though. It's really a solo game, and it has different benefits.

I'm having a great time with Disc Golf Biathlon. I get out on the course early in the morning when the temperature is still cooler and no other players are there yet. I can head out, play 18 holes, get home, and shower in under an hour.

My scoring method is holding pretty steady. The faster I run, the harder my breathing, the more errors I make, and the higher my score. But then I get in better shape, I stop breathing so hard, I calm myself in just a few breaths before shots, and I manage to keep the faster pace but drop my score a bit.

I'm lowering my Green Lake target time from 50 to 45 min. That would recalibrate my best score to +2. Then I could try to shoot "par" again. I'll likely never shoot a true par at this pro course, but this gives me a way to play hard for my own version.
I'm keeping the "30 seconds equals 1 shot" rule. My first tests in November 2020 averaged about 28 seconds per shot. My current average is 26 seconds per shot. I'm throwing a little farther but also running a little faster, so it's averaging out. I'm guessing the hole length doesn't matter much since I'm moving about the same pace the whole time.

I've set my own target times for these three courses, and I'm looking forward to adding more.
Disc Golf Biathlon is not for everyone, but if you play solo rounds and are looking for a challenge, I highly recommend it! 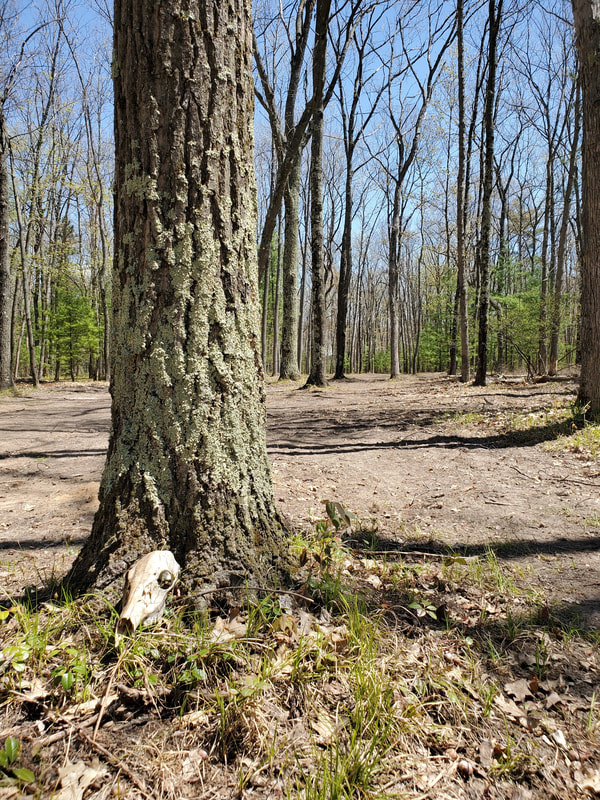