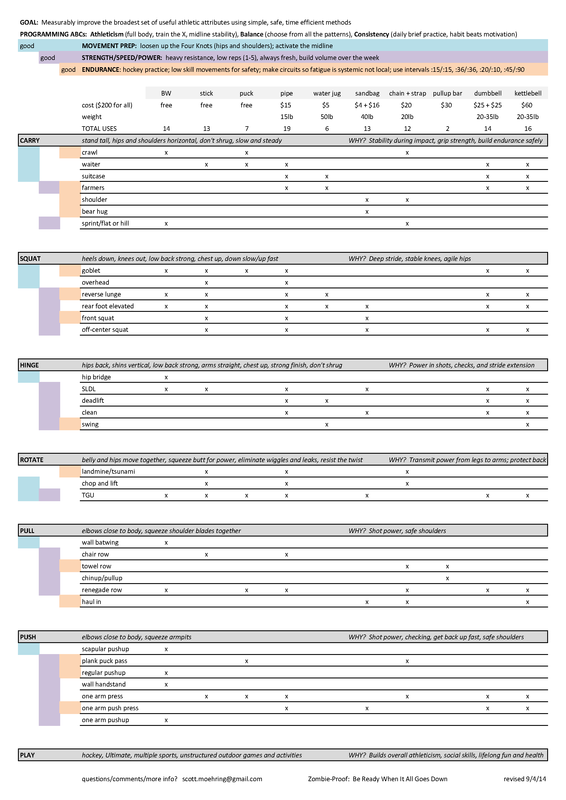 For several years I ran a six-week preseason session for middle- and high-school players. It was a modification of my Zombie-Proof fitness program.

The goals:
Every week, we had two sessions where we explored one of the six fundamental movements - Carry, Squat, Hinge, Rotate, Pull, Push. For the first session each week, we would learn and try. The second session, we would repeat. The following week we would review the previous week's key exercises, and then add the next set. They practiced the strength movements at home. For the final exam on the sixth week, they all achieved the following:
Any player who successfully completed the tests received the Zombie-Proof "x-arc" mark on their wrist (a simplification of the Zombie-Proof Stickman logo). Like the training, the mark would fade over time unless they continued practicing what they had learned. 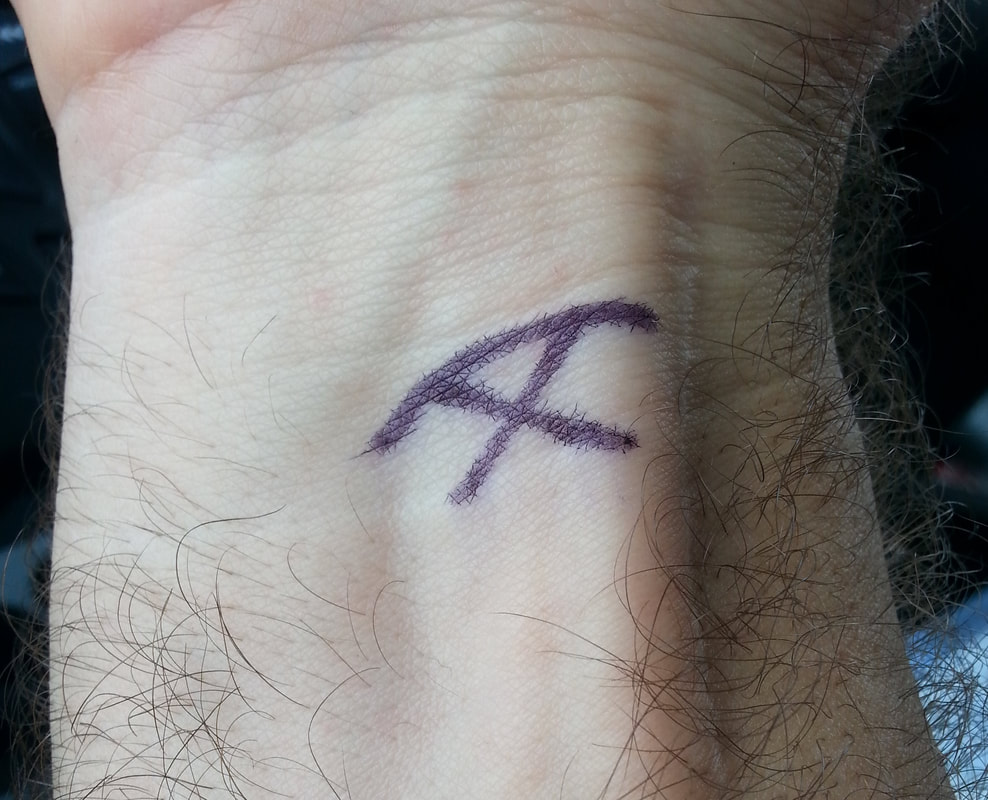 In addition to training, we played Ultimate frisbee at the end of every session for 10 minutes. We set up small fields of 10x20 paces, and had small teams of 3-4. Using small fields and small teams ensured lots of participation, very short sprints with lots of direction changes, and fast-paced games. Ultimate has a lot of similarities with hockey, like covering opponents, getting open to support your teammates, passing to move towards the goal, the value of many short passes, and good sportsmanship.
​